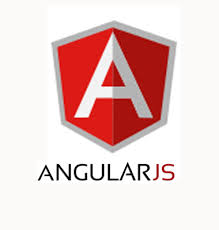 HTML is great for declaring static documents, but it falters when we try to use it for declaring dynamic views in web-applications. AngularJS by Google is a JavaScript MVC framework that lets you extend HTML vocabulary for your application and lets you build well structured, easily testable, and maintainable front-end applications.

The framework consists of a tightly integrated toolset that will help you build well structured, rich client-side applications in a modular fashion—with less code and more flexibility. AngularJS extends HTML by providing directives that add functionality to your markup and allow you to create powerful dynamic templates. You can also create your own directives, crafting reusable components that fill your needs and abstracting away all the DOM manipulation logic.

It also implements two-way data binding, connecting your HTML (views) to your JavaScript objects (models) seamlessly. In simple terms, this means that any update on your model will be immediately reflected in your view without the need for any DOM manipulation or event handling (e.g., with jQuery).

Angular provides services on top of XHR that dramatically simplify your code and allow you to abstract API calls into reusable services. With that, you can move your model and business logic to the front-end and build back-end agnostic web apps.

Angular is very flexible regarding server communication. Like most JavaScript MVC frameworks, it lets you work with any server-side technology as long as it can serve your app through a RESTful web API. But Angular also provides services on top of XHR that dramatically simplify your code and allow you to abstract API calls into reusable services. As a result, you can move your model and business logic to the front-end and build back-end agnostic web apps.

The following is a very basic example of how to use AngularJS in your HTML.

Input something in the input box:

To start any any app it is best to start with some boilerplate. I recommend the angular-seed project as it not only provides you with a great skeleton for bootstrapping, but also sets the ground for unit testing with Karma and Jasmine.

Angular-Seed is an application skeleton for a typical AngularJS web app. You can use it to quickly bootstrap your angular webapp projects and dev environment for these projects.

The seed contains a sample AngularJS application and is preconfigured to install the Angular framework and a bunch of development and testing tools for instant web development gratification.

The seed app doesn’t do much, just shows how to wire two controllers and views together.

To get you started you can simply clone the angular-seed repository and install the dependencies:

You need git to clone the angular-seed repository. You can get it from http://git-scm.com/.

We also use a number of node.js tools to initialize and test angular-seed. You must have node.js and its package manager (npm) installed. You can get them from http://nodejs.org/.

We have two kinds of dependencies in this project: tools and angular framework code. The tools help us manage and test the application.

Behind the scenes this will also call bower install. You should find that you have two new folders in your project.

Note that the bower_components folder would normally be installed in the root folder but angular-seed changes this location through the .bowerrc file. Putting it in the app folder makes it easier to serve the files by a webserver.

We have preconfigured the project with a simple development web server. The simplest way to start this server is: